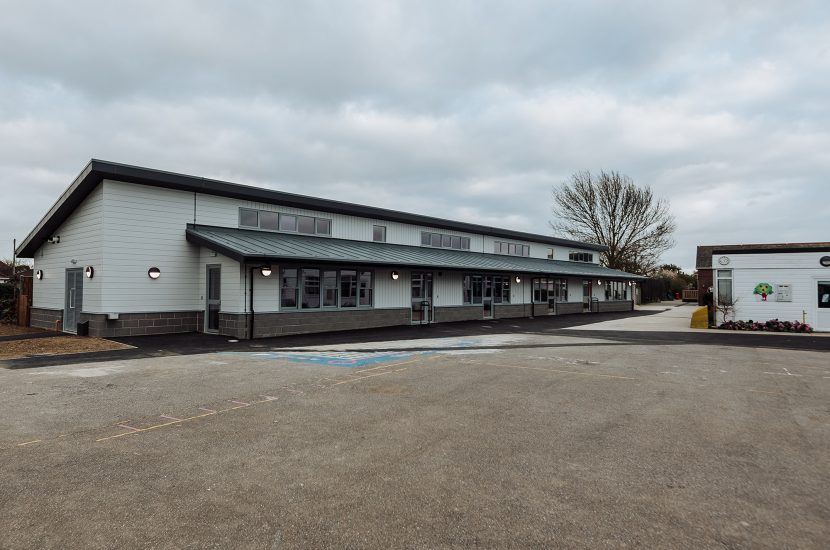 What did the project involve?

The scheme at Holland Haven was a two-stage design and build project that involved the new-build construction of four new classroom blocks, including two cloakrooms, four w/c and two disabled w/c. and w/c. entrances. 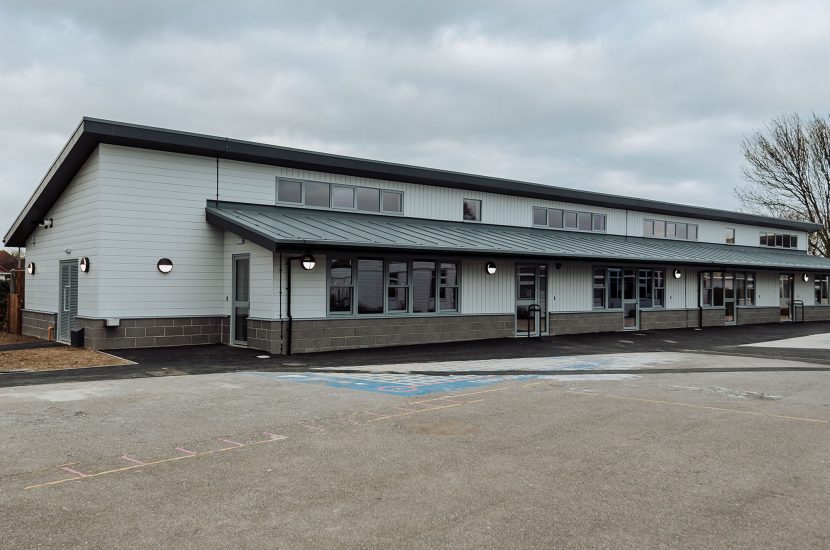 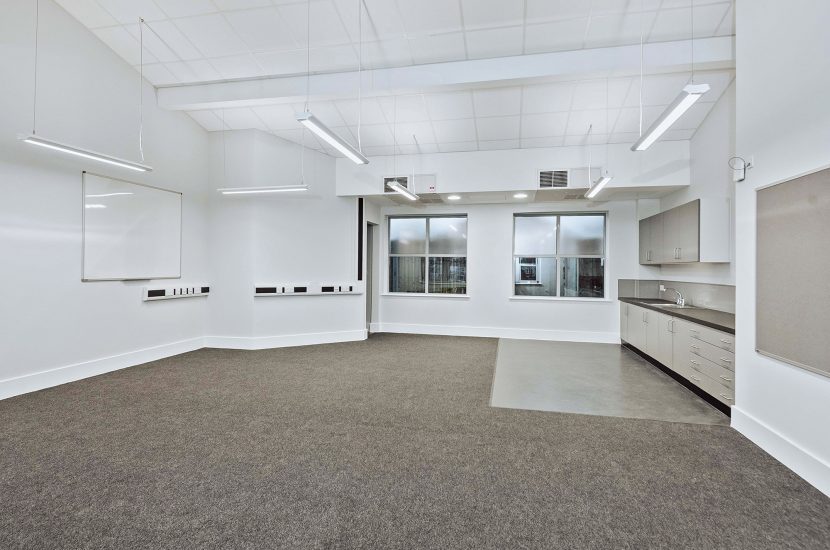 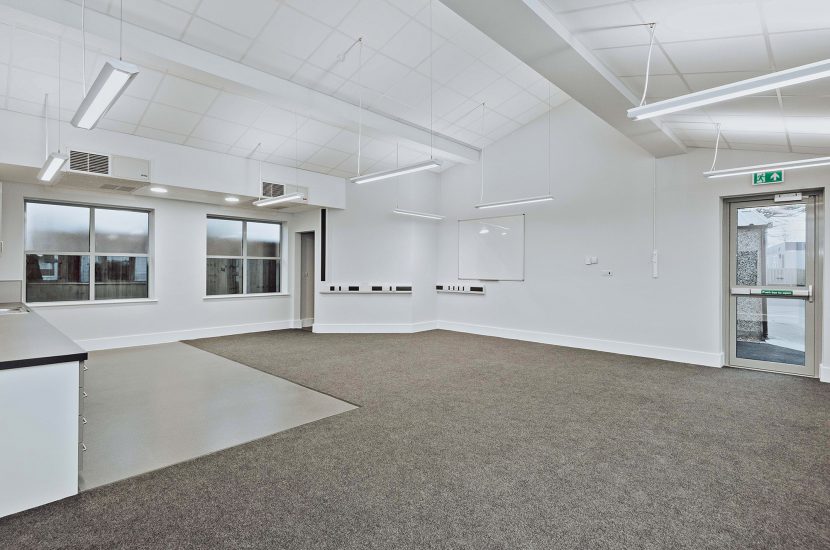 What challenges did the project team face?

One of the main challenges with this project were the site restrictions. In particular, as our access route and site compound were located on existing hard play areas, Phelan had to constantly move and adjust the compound fencing to allow sufficient space for the children to play during break times when poor weather conditions prevented them from using the playing field. The other main challenge was the fact that the school remained live throughout the project and we had to obtain access to the site through the existing car park and through the live school playground. To manage the works within the live environment, our site manager had to liaise with the school’s site manager on a daily basis in order to coordinate deliveries and vehicle/personnel movements around the school’s ongoing requirements and operations. This included the use of the crane that we had on site for around three weeks to construct the SIPs superstructure. With construction projects, things do not always run smoothly and this was the case at Holland Haven. There were two main issues that presented a risk to the programme. The first was the long lead-in periods for some of the materials, such as the windows. The second was a change in personnel part-way through the project. Whilst Phelan works hard to plan for and avoid issues such as these, sometimes they do unavoidably arise. The important thing, however, is how we managed and overcame these challenges at Holland Haven in order to ensure a successful delivery of the project. As a result of the procurement issues outlined above, the original project team re-sequenced the works in order to progress the project despite the potential delay presented by the long lead-in periods. This proactive approach was taken to try and mitigate programme delays. It was, however, the combination of the procurement issues and the change in personnel on the project that together resulted in a delay. Part-way through the project, our Contracts Manager, James Purnell, left Phelan. As the Contracts Manager, one of James’ primary functions was to manage the project programme and it was his decision to re-sequence the works to overcome the procurement issues. After James left Phelan, we appointed one of our other experienced Contracts Managers to take over the project, Chris Groves. Upon taking over the project, Chris’ priority was to review the programme against our progress on site. Upon reviewing the programme, Chris identified that the re-sequencing of the works, whilst well-meaning in intent, had in fact caused an issue with the programme as the internal plastering had been completed prior to the floor screed being laid or the windows installed. This, in turn, meant that once these items of work were completed, there would be additional plastering required to make good. His assessment was that the main build element of the project was therefore 4 weeks behind programme. Chris re-programmed the project to completion to demonstrate this and then reported the delay to the client. In order to ensure that there was no further slippage and that the project also met the desired levels of quality, the revised programme was deemed to be the optimal programme and that nothing could reasonably be done to recover the delay. The new-build element of the project has now achieved sectional completion four weeks later than planned. Due the above circumstances, the programme delay had become unavoidable by the time Chris took over the project. However, the above is an example of how Phelan manages and reports on programme and works hard to counter any implications arising from a delay. We would also note that we are still on programme to achieve the overall completion date of 27/08/2019.

What stand-out features did the project boast?

Due to the similarity in the requirements at Holland Haven compared with other completed projects, Phelan proposed to utilise the positive lessons learnt from other schemes delivered in partnership with ECC. Here, we reutilised the design used at previous project, Abacus, as the design proved to be very successful in terms of both satisfaction for the end-user and cost effectiveness for the client. After securing the project, we were then able to present the design to the client and the end-user, whilst also demonstrating first-hand the benefits and lessons learnt from the previous project at Abacus. The end-user was able to visit the project at Abacus and speak to the headteacher there about the building design and its advantages, which included eliminating any internal circulation. This maximised the use of the GIFA available and reduced the cost per m2 from £2782 to £2697. To ensure that the project at Holland Haven achieved the high levels of quality that ECC expect, Phelan built in snagging time within our revised programme. This also helped ensure that there were no further delays to the sectional completion of the new-build. Upon taking over the project, Chris Groves also picked up on the potential quality issues that would arise from the sequence of works suggested by the previous team who had plastered walls before fitting windows. Again, Chris allowed sufficient time in his revised programme and ensured that this was rectified at the time, rather than it remaining as a defect at PC. We would note that based on the quality of the workmanship and service that Chris and the site team have provided since he took over, the project has also resulted in us being approached by David Gatheral, Assistant School Capital Maintenance Manager - Infrastructure Delivery at ECC, to carry out a further £150k of works to the school’s fire alarm and domestic services system, which is being delivered over the 2019 summer holidays. 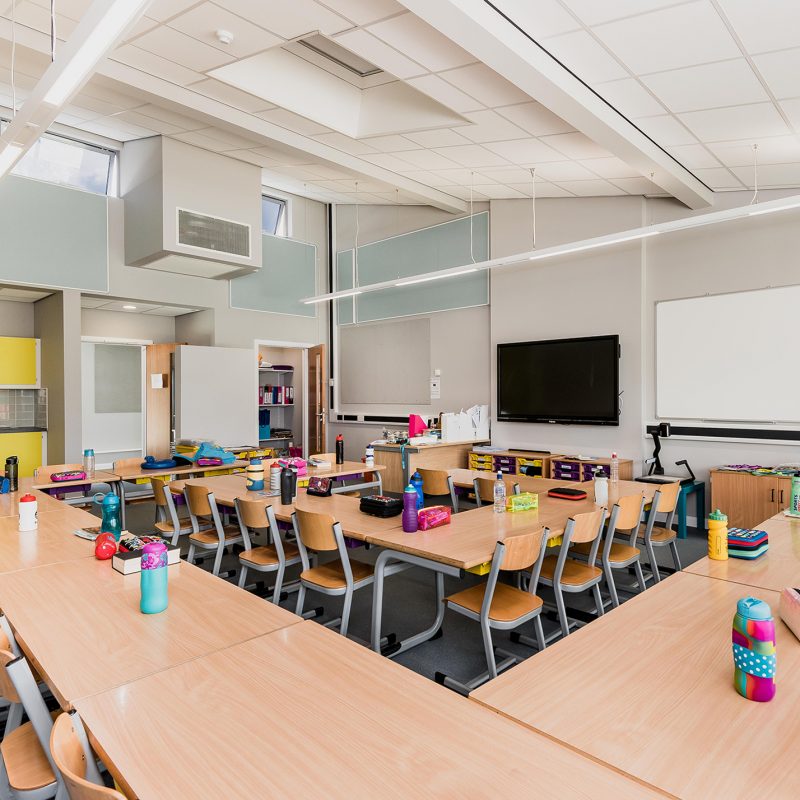 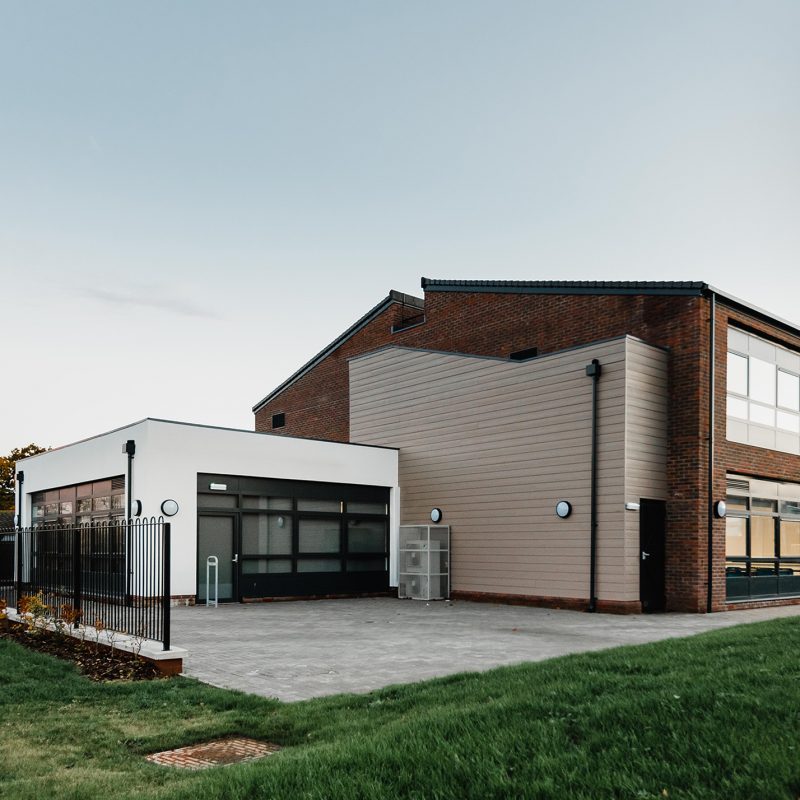 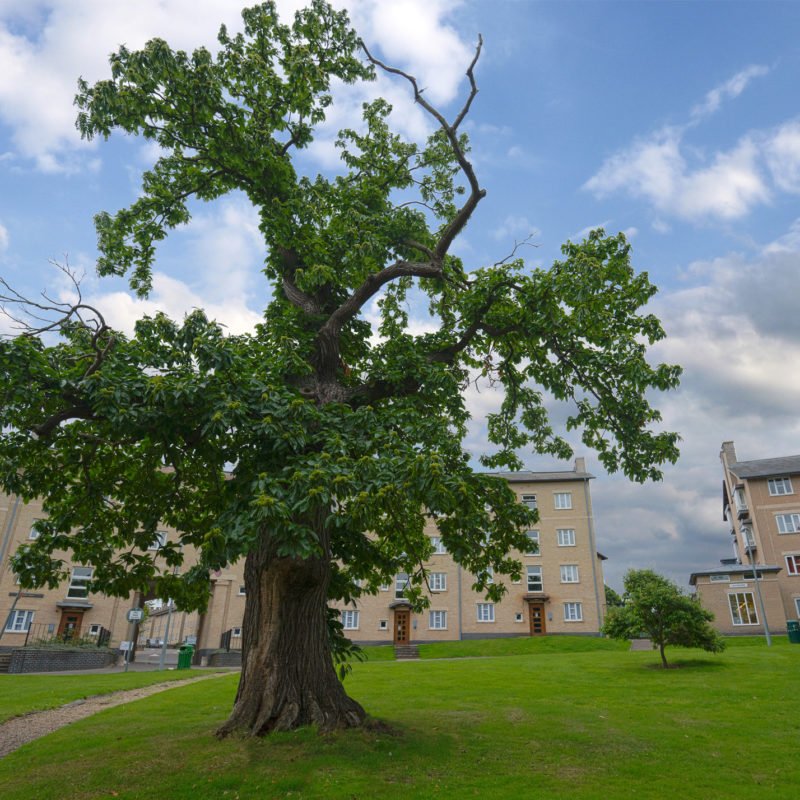 “I am most impressed by the way the meeting went, how productive and knowledgeable the Phelan team were, and wished all meetings were as good (and productive) as that one” – David Gatheral, Assistant School Capital Maintenance Manager – Infrastructure Delivery at ECC